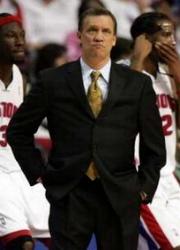 What a difference a year makes last year Flip Saunders was fired in the middle of a disappointing season with the Minnesota Timberwolves. Now he’s got a team capable of winning a championship that is already battle tested with a title in 2004, while falling just 1 game short last year. For those who thought the Pistons needed Larry Brown, Flip Saunders quickly proved them wrong as the Pistons jumped out to fast start and never looked back winning a NBA best 64 games. 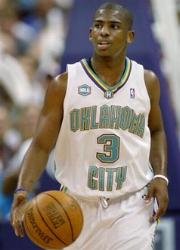 How does a team that lost more than 60 games one year to nearly making the playoffs the next? Find a rookie play making point guard in the mold of Jason Kidd, that could be a valuable piece to a NBA contender for years to come, and that player is Chris Paul. The 20-year old Paul ranked 2nd in steals, and 7th in assists while posting a terrific 3.34 assists to turnover ratio while leading all rookie with 16.1 ppg as the Hornets forced to find a new home after Hurricane created a buzz in Oklahoma City winning over new fans in a new market for the league to excel in. 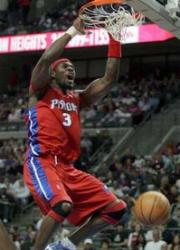 Its starting to look as if this award should be called the Ben Wallace Award because he’s downright owned it in the past 5 years, with a win this year Wallace will have 4 of the last 5 Defensive Player of the Year awards in his trophy case. The Pistons, who were a team above also else this year still relied on defense to win games as they won a franchise record 66 games this year, with Wallace once again putting up strong rebounding and blocked shots. 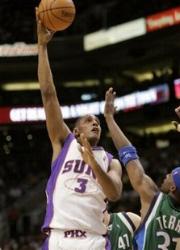 When the Suns lost to the Atlanta Hawks in a sign and trade deal it appeared as if they lost a valuable piece to their championship puzzle, as the players they got in return were considered marginal at best. Then the Suns took another hit when Amare Stoudamire was lost for the entire season. Needing to find a solution the Suns moved Diaw who played Guard in Atlanta to the frontcourt and it was night and day as the guard who faltered with the Hawks shinned with the Suns averaging 13.3 ppg, 6.2 apg and 6.9 rpg, nearly tripling his output from last year in each category. 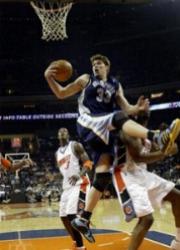 The Memphis Grizzlies had their best finish in the history of their franchise getting the 5th seed in the Western Conference Playoffs, the recipe for success for the Grizzlies was a versatile deep team with a solid bench led by Mike Miller who 13.4 ppg off the bench, was more often then not on the floor when it came down to crunch time, proving that the minutes at the start of the game are not always the most important as long as you make the plays when the minutes are important. 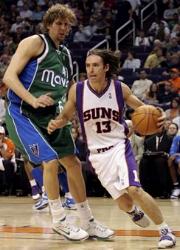 The Suns lost Joe Johnson in a sign and trade deal, than lost Amare Stoudamire to a knee injury. However, that would not stop them as they continued to be one of the top teams in West winning the Pacific Division again as Steve Nash once again led the way the playmaker’s playmaker once again led the league in assists while increasing his scoring to a career best 18.8 thanks to a shooting percentage of .512. Nash is not the best player in the NBA but he is the Most Valuable, and that’s what this award is for, as Nash makes every player around him better.

©MMVI Tank Productions. These are not just mere prediction but whom I believe should win the said awards. Selected by Frank Fleming on April 22, 2006 at 1:15 am EST