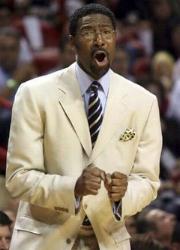 Show of hands how many thought the Raptors would make the playoffs at the start of the season? Ok not many of you how many thought they win a division title? Anyone? Well they did both and that’s why Mitchell deserves to win the Red Auerbach trophy, what he has done in Toronto the last two years is miraculous the Raptors did not win the Atlantic because its a bad division they won because they are a good team, and Mitchell should be given the credit for the young team’s turnaround. 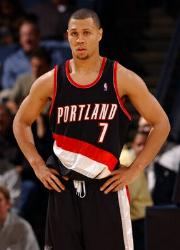 The initials of Rookie of the year is R.O.Y., and in a year where no one jumps off the page at you the player whose last name is Roy will take the honors. On a young Blazers team Brandon Roy is already a go to shooter at the end of games as his 16.8 ppg ranked second on the team. While sore knees limited him to just 57 games when he was in there he was often the best player on the court. If Roy manages to avoid further knee troubles he should be one of the top players in Portland for many years to come. 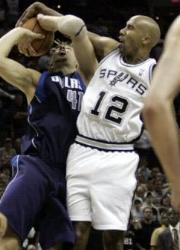 Some have called him the dirtiest player in the league, but that often is the label for a defensive monster and that is why after years of finishing second to Ben Wallace, Bruce Bowen finally will get recognition as the league’s best Defensive Player. Despite spending all season second to the Mavericks the Spurs quietly lay in the weeds as a dangerous team in the playoffs with the third best record overall at 58-24, and what was behind that success defense, as the Spurs enter the playoffs as the top defensive unit. 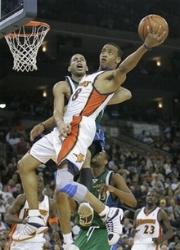 Drafted number 40 in the 2005 NBA Draft Monta Ellis was one of those players nobody gave much thought about as he begun his second season this year. However, with his Warriors in the playoffs for the first time in 14 years Ellis could be on the verge of making a big name for himself as the Warriors attempt to go pull off one of the greatest upsets in NBA history. Ellis who increased his points per game by nearly 10 points at 16.5 he is a clutch shooter and one of the players the Mavericks must stop not bad for a player who last year ended his rookie season with 6.8 ppg. 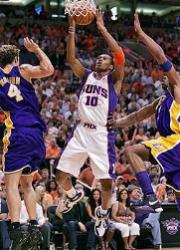 With the return of Amare Stoudamire the Suns now have one of the deeper teams in the league as their 61-21 record was one of the best in the NBA. On that bench the best player was Leandro Barbosa who somehow made the Suns high octane offense fly at even a faster level as he averaged 18.1 ppg despite making just 18 starts. Nicknamed the Brazilan blur Barbosa is the perfect compliment to the steady consistency of two-time MVP Steve Nash and a main reason why the Suns are a team to beat. 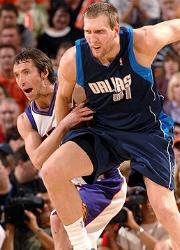 When they played together in Dallas, Dirk Nowitzki and Steve Nash were the best friends, now they are battling for the NBA MVP as their teams the Suns and Mavericks were the top two all season. While Nash has won two in a row and could certainly claim a third, the Mavericks success led all season by the play of Nowitzki can not be ignored, as his consistent deadly shooting have taken the Mavericks to a 67-15 season. No matter where he shoots Dirk is deadly as he is 49.9% from the floor, and 41.2% from downtown, while shooting 90.2% from the line.

©MMVII Tank Productions. These are not just mere prediction but whom I believe should win the said awards. Selected by Frank Fleming on April 20, 2007 at 12:05 am EST