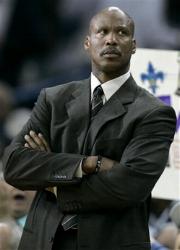 Just getting into the playoffs would have been a success for the Hornets who have been absent from the postseason since 2004. However, these Hornets like their city have risen faster then anyone could have imagined as they battled all season for the top record in the Western Conference posting a franchise best record of 56-26 along the way as they captured the Southeast Division, for that Byron Scott will finally get the respect that is long over due. 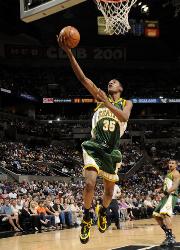 After top pick Greg Oden was lost for the season, Kevin Durant the number two overall pick became an instant front runner for the Rookie of the Year. He did not disappoint averaging 20.3 ppg while playing on a lame duck team that is beginning to build from square one as they look to move to Oklahoma City. Wherever the Sonics end up playing they will have a franchise player to build around as Durant promises to be an All-Star for years to come. 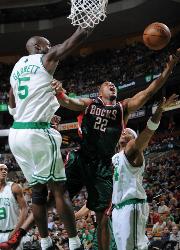 The key to the Boston Celtics revitalization was the blockbuster Kevin Garnett trade, as he immediately made basketball matter in Boston again. While KG did not quite put up MVP numbers, he did not disappoint, as his defensive presence was just as if not more important then his scoring, as the Celtics who were among the worst defenses last year while losing 58 games, as one of the best this year as they won 66 games, completing one of the biggest turnarounds in NBA history. 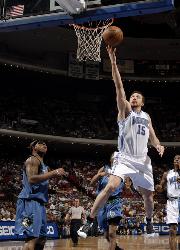 Hedo Turkoglu has been in the league for eight years, and for much of that time he spent riding the pines, but in 2008 he became the winging man for an up and coming super star in Orlando, as his 19.5 ppg, 5.7 rebounds and 5.0 assists per game ranked second in all three categories on his team, as he helped the young Magic win their first division title in a dozen years. All three were also career highs for Turkoglu who often would handle the ball for any game winning situation. 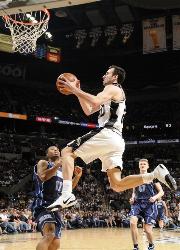 Perhaps no sixth man is more important to his team then Manu Ginobilli who is a legitimate All-Star despite coming off the bench in two-thirds of his team’s games. Playing for the reigning champs Ginobilli averaged 19.5 ppg, along with 4.8 rebounds and 4.5 assists per game for a San Antonio team that battled all season for the top spot in the Western Conference. However, where he is most important is his knack for hitting the big shot in the fourth quarter. 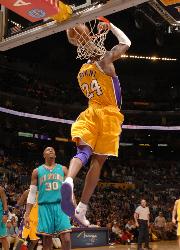 Give the devil his due; there is no denying that Kobe Bryant was the best player in the NBA this season. When the year began his team looked on the verge of self destruction, but instead of counting to rip Lakers management Kobe led by example and took the Lakers to the top of the Western Conference. In finishing second in scoring Kobe Bryant actually shared the ball more often and helped his team get better, by finally becoming the type of leader that wins a MVP award.

©MMVIII Tank Productions. These are not just mere prediction but whom I believe should win the said awards. Selected by Frank Fleming on April 19, 2008 at 1:45 am EST