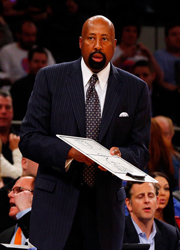 The Knicks took a lot of chances in the off-season as they ended Linsanity in favor of two veteran point guards, with the hopes of boosting the Knicks offense and making them an elite team again. Early on Jason Kidd excelled as the Knicks got off to a great start even without Amare Stoudamire. However, in the middle of the season even as Stoudamire returned the Knicks had a series of injuries, losing Rasheed Wallace and Raymond Felton. They then went through a rough patch in March as Carmelo Anthony dealt with a sore knee, Tyson Chandler dealt with bulging disk and Stoudamire went down again. However Mike Woodson kept calm and the Knicks carried on going on a 13 game winning streak to take the second seed in the Eastern Conference with a record of 54-28. 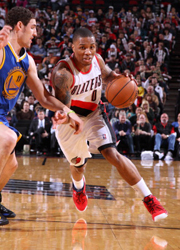 To say the Portland Trailblazers have had some misfortune in the draft will be an understatement as the picks of Chris Dudley and Greg Oden would testify. However, coming off an injury ravaged season last year the Blazers found some gold with the sixth pick in Damian Lillard. Chosen out of tiny Weber State in Ogden, Utah Lillard was not a preseason favorite, but it was evident early that he was without doubt the best rookie in the NBA this year. Lillard playing on a Blazer team that was starting from scratch led all rookie is scoring with 19.0 ppg as he was named Rookie of the Month in every month from November to March. Damian Lillard also had a fine season handling the ball as he averaged 6.5 assists per game, as he won the Taco Bell Skills challenge during the NBA’s All-Star Weekend. 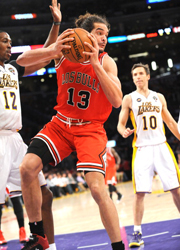 Derrick Rose did not see the floor at all this season, but the Bulls are still one of the most feared teams in the Eastern Conference as the playoffs begin. A big reason for the Bulls being so feared is there defense as they gave the Miami Heat and New York Knicks fits all season, The unquestioned leader of the Bulls defense is Joakim Noah, who despite struggling with his own plantar fasciitis injury late in the season again was one of the most feared men in the paint all season, as he was among the league leaders in rebounds with 11.1 per game and blocks at 2.1 per game. Noah also had 1.3 steals per game showing that he not only has one of the biggest hands in the league but the quickest 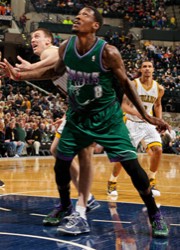 In his third season out of Virginia Commonwealth Larry Sanders had a breakout season and was a big part of the Bucks getting into the postseason. In his first two years Sanders spent most of his time looking to get off the bench as averaged just 13.5 minutes per game and had stats that barely got him noticed. However, in 2013 Larry Sanders became a defensive force on the boards averaging 9.5 rebounds per game with 2.8 blocks per game, ranking second in the NBA. Add 9.8 points per game, and it is clear there is a big upside for Larry Sanders and he is a big part of the Milwaukee Bucks plans for the future as when he was on the court the Bucks had one of the best defenses in the league and one of the worst when he was on the bench. 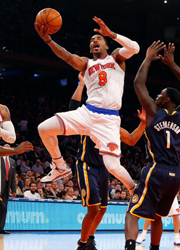 There is no doubt that the Heat are the team to beat in the upcoming NBA Playoffs and the team that may have the best chance of knocking off the Heat are the team that finished second in the Eastern Conference, the New York Knicks and J.R. Smith is a big reason why. Smith a former teammate of Carmelo Anthony in Denver became a Melo running mate at the garden as each being a big part of the Knicks scoring attack, despite wishes each pass the ball more often. This year was without a doubt the best season of the Newark native’s career as Smith averaged 18.9 ppg off the bench, while averaging 23 points per game on 47% shooting over the season’s final six weeks as he took better shots and helped open more opportunities for Anthony to win the scoring title. 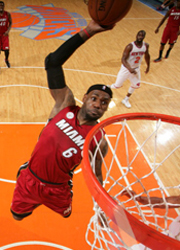 Not that he needed it, but winning a fourth MVP award in five seasons lifts LeBron James into a new stratosphere of all-time NBA legends. The only other players with four MVPs are Russell, Wilt, Kareem and Michael all players you need just one name to identify and list to which LeBron certainly belongs. LeBron James did not lead the league in scoring, but he had career best seasons in shooting from the field and beyond the arch, his defense was better and his ability to lead has grown to a Jordan type level as the Heat set the league on fire with a 27 game winning streak. A big part of the streak was a stretch where LeBron scored more than 30 points and shot better than 60% in six straight games, while he made an incredible made 139 of 217 field goals (64.1%) during the month of February.

©MMXIII Tank Productions. These are not just mere prediction but whom I believe should win the said awards. Selected by Frank Fleming on April 18, 2013 at 11:05 pm ET