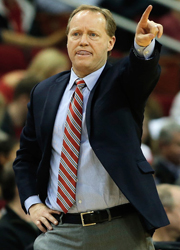 Nobody could have possibly predicted the season the Atlanta Hawks were going to have when the season began. Last year Atlanta barely made the playoffs, and despite the return of Al Horfford they did not look to be anything better than a midlevel playoff team in the Eastern Conference. However, the Hawks coached by Mike Budenholzer soared to the top of the East and won a franchise record 60 games. The Hawks have no true marquee star, but were the best team in a conference that LeBron James and Derrick Rose call home. Defense was a key to Atlanta’s success as the Hawks were a top ten defense, but what the Hawks did in posting a 60-22 record was even more special is how Budenholzer mixed and matched his team all season, showing much the same aptitude on the bench of his mentor Gregg Popovich. 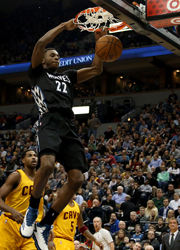 There was not much to cheer about in the Twin Cities this winter, as the Minnesota Timberwolves finished with the worst record in the NBA. However, there was one lone bright outpost and that was the play of Andrew Wiggins. Wiggins was the first overall pick the NBA Draft last season and was the key player in the trade that sent Kevin Love to Cleveland. The Cavaliers may be regretting that deal, as the 20 year old Canadian from Kansas showed he is on his way to being the elite stars in the NBA. Often playing 36 averaged 16.8 points per game to lead all rookies, while pulling down 4.5 rebounds per game. Andrew Wiggins also played solid defense matched against some of the best players in the National Basketball Association. During All-Star Weekend in New York, Andrew Wiggins gave everyone a taste of what is to come, winning the MVP in the Rising Stars Challenge, with 22 points to lead the World Stars to a victory. 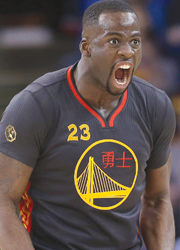 The Golden State Warriors took the NBA by storm in 2015 as they rolled to the best record in the league, and set a new franchise record with 67 wins. The Splash Brothers of Stephen Curry and Klay Thompson got all the headlines, with their red hot three point shooting, but Golden State also had one of the top defenses in the NBA. A large reason for the Warriors strong defense was the defensive versatility of Draymond Green. Not the traditional shot blocker that his own teammate Andrew Bogut is, Green had the ability to defend all five positions on the court. Draymond Green was ranked in the top five in both defensive rating and defensive win shares. His versatility even was able to open doors for Curry and Thompson to have the big seasons that they had. 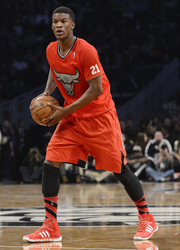 Jimmy Butler has always been a solid defensive player with the Chicago Bulls, but this season Bulter’s offense became a weapon, as he became one of the key weapons on the Bulls. Thanks to significant improvement in field goal shooting and three point shooting, Jimmy Butler was amongst the Top 20 scorers in the NBA all season. In 2015 Jimmy Butler was an All-Star for the first time, as he posted career highs across the board with 20.0 points per game, 5.5 rebounds per game and 3.6 assists per game. Highlighting Jimmy Butler’s season was a Player of the Month Award in November. Butler even showed resiliency, after returning after just three weeks after suffering an elbow injury in March. 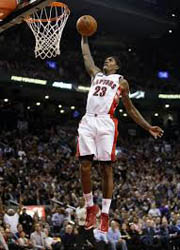 Acquired in the off-season, Lou Williams was a valuable clutch player off the bench all season for the Atlantic Division Champion Toronto Raptors. Williams had a career high 15.5 points per game. In the past Lou Williams had the reputation of making poor decisions in his selection of shots, but this season in Toronto, he had made much better choices and his game improved across the board. Lou Williams’s biggest valuable was getting to the free throw line and making clutch shots at the end of the game. The Raptors averaged 7.2 points more when Low Williams was on the floor. Lou Will’s ability to make clutch plays made him the player most likely to take the game winning shot when the Raptors needed which is the best compliment a bench player can get. 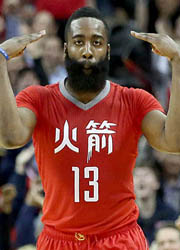 This has been perhaps the tightest most exciting MVP race in the history of the NBA. A case can be made for any of five players from LeBron James, Russell Westbrook, Chris Paul, James Harden and Stephen Curry. Westbrook won a scoring title but missed the playoffs, LeBron has had better season, and Paul just don’t have the numbers. This brings the vote down between Harden and Curry. James Harden was at or near the top of the scoring leaders all season, as he lifted the Rockets to the second best record in the Western Conference at 56-26. Stephen Curry meanwhile lifted the Warriors to the best record in the league at 67-15. Stephen Curry led the Warriors with 23.8 points per game and set a record with 284 three pointers. However, the difference is Curry was a great player leading a great team and he was able to rest in games. James Harden had to carry Houston on his back all season, as the Rockets lost several key players to injury. Harden’s 27.4 points per game ranks second to Westbrook, but his ability for the big game made the difference between the Rockets faltering and making the playoffs. James Harden topped 50 points twice and had ten 40 point games, in a vote this close I think James Harden is more valuable and should get the slight edge over Stephen Curry.

©MMXIV Tank Productions. These are not just mere prediction but whom I believe should win the said awards. Selected by Frank Fleming on April 18, 2014 at 11:05 pm ET