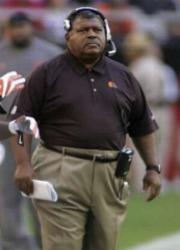 When the season began, Romeo Crennel was on the hot seat, and when the Browns lost in Week 1 at home 34-7 he appeared to be on borrowed time. However, with the emergence of Derek Anderson the Browns were the biggest surprise in the NFL, winning 10 games for the first time since 1994, as they just barely missed the playoffs. However, the Browns now enter next season with playoff hopes, as they will have to make a decision about their starting QB who will be throwing to two of the top young receivers in the NFL. 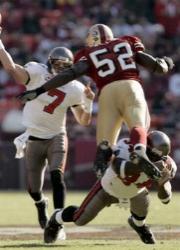 Not a whole lot went right in San Francisco this year, as the 49ers, who were expected to make a run at the playoffs finished with a disappointing 5-11 record. However, the selection of Patrick Willis with the 11th pick in the draft could not have gone any better, as the rookie Linebacker led all NFL players in tackles with 174, which was 33 more then the second highest total in the NFL. Had the 49ers offense performed better, the 49ers defense led by Willis may have made them the type of team nobody wants to face in the playoffs. 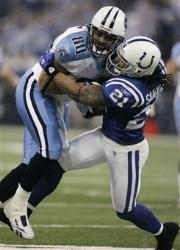 Last week Jason Taylor began campaigning for the top Defensive Award, by saying that Chargers pass rusher Shawne Merriman should not be allowed to win for his steroids suspension. I for one agree, and thus the award should go to Taylor who had 13 and half sacks and 11 forced fumbles, while scoring two defensive touchdowns playing for a Dolphins team that otherwise had a disappointing season at 6-10 due to an offense that consistently shot blanks. 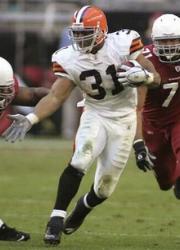 Jamal Lewis value was so low at the end of last season that the Ravens flat out released him. The player who once rushed for 2,000 yards had become an after thought as a prison term and various injuries had him on the way out of the NFL. However, like the resurgent Browns, Lewis was reborn in Cleveland; rushing for 1,304 yards his best season since 2003 when he rushed for 2,066, as he finished 5th overall in the NFL in rushing, while he scored 11 Touchdowns, with a solid 4.4 per carry average. 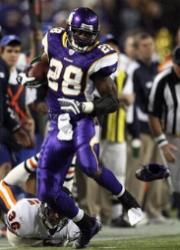 Chosen seventh overall, Adrian Peterson had an instant impact, helping the Vikings nearly reach the playoffs after a 2-5 start, as he finished second in rushing at 1341 yards. The highlight of his season came in Week 9, when he set the single game record for 296 yards rushing against a solid Chargers defense, (he also broke 200 against the Bears in Week 6). Unfortunately a knee injury slowed Peterson in the second half as he missed two games. Had he not missed any time, he would have likely won the rushing title. 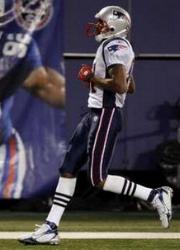 In going 16-0, the Patriots key addition was Randy Moss, who gave Tom Brady the deep threat to help spread out the Patriots offense, and making them unstoppable. In Oakland he was labeled a malcontent, but in New England he found bliss scoring a record 23 Touchdown receptions, as he averaged 15.2 a catch while compiling 1,493 yards. Most importantly for Moss, he had no turnovers, as he averaged 93.3 yards per game.

These are not just mere prediction but whom I believe should win the said awards. Selected by Frank Fleming on December 31, 2007 at 11:05 pm EST