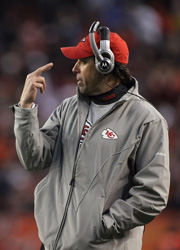 Quick show of hands; Who picked the Chiefs to win the AFC West at the start of the season? The job done by Todd Haley this year is amazing especially when you consider the Chiefs were the worst team in the AFC last season, and they made only a few changes from last year’s roster. The addition of Charlie Weis as Offensive Coordinator helped, but what it was is the team buying into Haley’s system as the Chiefs have a young talented roster that is only going to improve in the future. 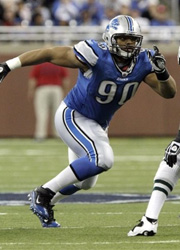 Get used to seeing this name on season ending award pages, as Ndamukong Suh is going to one of dominant defensive players for the next decade. In his rookie year, the second overall draft pick had 66 tackles and 10 sacks, helping the Lions finish the season strong. He has been compared to Reggie White already and those comparisons will pan out as long as he stays healthy, because Ndamukong Suh is a once and a decade pass rusher. 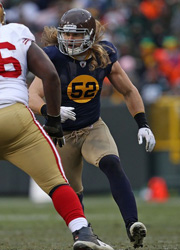 Clay Matthews comes from a rich family tradition of football. His grandfather and father both played in the NFL, and his uncle is in the Pro Football Hall of Fame. In just his second season Clay Matthews Jr. began writing his own Hall of Fame Resume, with 13.5 sacks as he helped guide the Packers to the playoffs, by anchoring a solid pass rush as the Packers had to deal with adversity throughout the season as they we beset by injuries to key players on both sides of the ball from the start of the season. 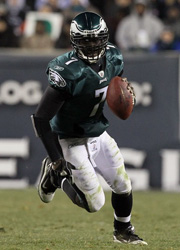 What Michael Vick did to those dogs is awful and the time he spent in prison was well deserved and he should have gotten more time. However, once he got out he deserved a chance to comeback and the fact he appears to be a better player now than before he went to prison is a credit to Vick the person more than Vick the football player. His talent was limitless, but his work ethic was weak, now that he works on his game and appreciates his gifts he is a complete player and he has his best season to date. 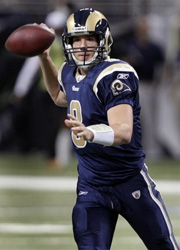 The Rams last season were as bad as a team could be, winning just one game and the year before they won twice, making the two year stretch one of the worst in NFL history. This year the Rams went into the last week of the season with a division title in reach with a win, the difference Sam Bradford who was chosen first overall and became an instant franchise Quarterback, with veteran poise. Though the Rams fell short, Bradford who took every snap can only improve from his rookie numbers over 3,000 yards passing with 18 TDs. 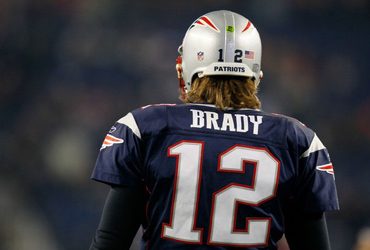 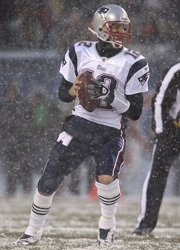 Tom Brady was without doubt the best player in the NFL this season, as the Patriots head to the playoffs as the clear Super Bowl favorite. He did this by posting one of his finest seasons, as he set a record for consecutive pass attempts without an interception that will continue when he plays his next regular season game next season. After the trade of Randy Moss, Brady got better as Deion Branch returned and became a star receiver again. Meanwhile the rest of the Pats receiving core, with the exception of Wes Welker were rookies. The Pats also had to deal with injuries to the running game. His 34 Touchdowns were the best in NFL, and why he should sweep the Offensive Player of the Year and NFL MVP.

These are not just mere prediction but whom I believe should win the said awards. Selected by Frank Fleming on January 3, 2010 at 12:30 am EST