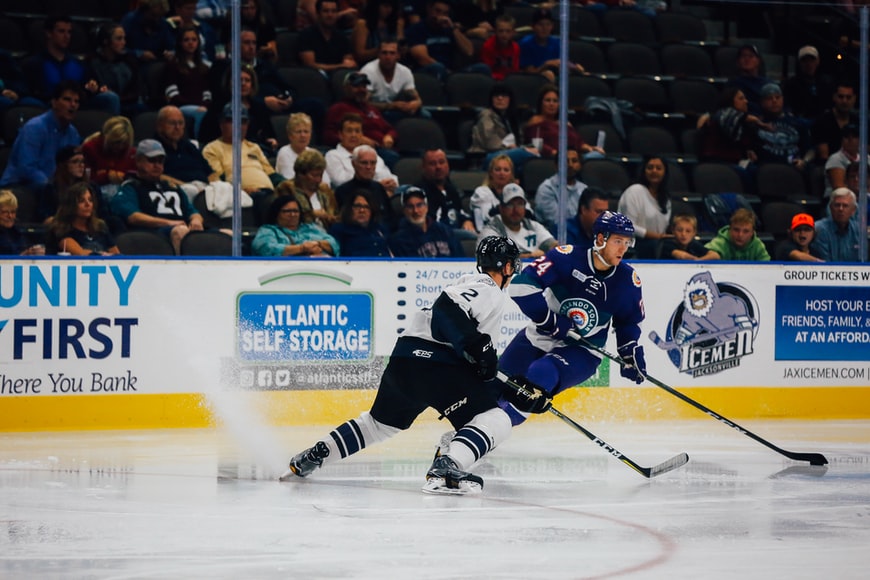 Whenever each new campaign is about to commence, there’s always plenty of excitement and expectation amongst hockey fans. Now featuring 32 teams with the addition of a new franchise, the 2021-22 NHL season promises to be as competitive as ever, packed with plenty of thrilling action on the ice as teams compete to win the Stanley Cup.

Ahead of the new season, all the leading sportsbooks are already calculating odds and valuing their favorites, whether it’s to win divisional honors or even lift the iconic Stanley Cup trophy itself. This means now is also an excellent time to visit SBO, which have published their list of the best betting sites, accompanied by expert reviews and honest appraisals of what each bookmaker has to offer.
Sites are also rated for the quality of service provided, focusing on the speed of paying out winning bets and evaluating which have the most reliable mobile betting apps. All valuable information to have at hand before deciding which NHL teams to back this year, although if you want a little more trivia heading into the new season, read on…
Riding the Lightning

Considering the fact ice hockey is considered to be a winter sport, it always feels a little strange that the reigning champions hail from sunny Florida. What’s more, the Tampa Bay Lightning are in the midst of a dynasty era, having won the Stanley Cup in each of the last two seasons, proving that their own brand of “Lightning” can strike twice. The big question is whether they can win the iconic NHL title trophy for the third time in a row?

Plenty of teams have won back-to-back titles, although lifting the Stanley Cup for three consecutive seasons or more, that’s an entirely different and much rarer feat entirely. Indeed, we have to go back to the late 1970s and early 1980s, when the Montreal Canadiens and the New York Islanders were the dominant NHL forces. The Canadiens won four in a row between 1976 and 1979 before the Islanders hit their four consecutive titles from 1980 to 1983.

Often considered the home of ice hockey, Canada and especially Montreal are famously regarded as being the birthplace of the modern sport. The Stanley Cup itself was first awarded in 1893 and to Montreal Hockey Club, long before what is considered to be the inaugural 1917-18 NHL season. Likewise, thanks to having lifted the trophy 24 times, the Montreal Canadiens are the most successful team in Stanley Cup and NHL history.

However, no Canadian team has won the Stanley Cup since way back in 1993, when the Montreal Canadiens earned their 24th championship title. No team from the ‘Great White North’ has laid their hands on the iconic trophy, despite several teams reaching the finals, including the Canadiens in 2021, only to fall agonizingly short of landing the big prize. “Maybe next year,” patient fans of Canadian teams keep saying, albeit between gritted teeth these days.

Individually speaking, the greatest player ever to grace the ice is widely regarded to have been Wayne Gretzky, who won the Hart Memorial Trophy as the NHL MVP nine times during his illustrious career. He won that award eight times in a row between 1979-80 and 1986-87 with the Edmonton Oilers, before Mario Lemieux landed the prize in 1987-88 with the Pittsburgh Penguins, then Gretzky regained his throne by winning the 1988-89 award.

Interestingly, the last player to be awarded the Hart Memorial Trophy in consecutive seasons was Alexander Ovechkin, with the Russian star of the Washington Capitals rated as the MVP in 2007-08 and 2008-09. We have now had a different MVP in each of the last 12 NHL seasons, including “the Great Eight” Ovechkin again in 2012-13. Aside from the individual acclaim, his proudest moment will undoubtedly be helping the Capitals win the Stanley Cup in 2018.

There are some teams who have made it all the way to the Stanley Cup Finals, yet despite excellent and undoubtedly deserving campaigns, ended up with the sensation that they were always the bridesmaid and never the bride. Spare a thought for the Vancouver Canucks, who reached the Stanley Cup Finals in 1982, 1994, and as recently as 2011 but still walked away empty-handed.

The Buffalo Sabres reached the 1975 and 1999 Stanley Cup Finals, albeit without success their efforts perhaps merited, while other teams have gone all the way and missed out on single occasions. They are the Florida Panthers, Ottawa Senators, San Jose Sharks, Nashville Predators, and the Vegas Golden Knights. Amazingly, the Golden Knights reached their only championship series during their franchise debut 2017-18 season.