Can you believe it that we’re already 13 weeks into the current NFL season? It seems like only yesterday that the first fixture began, but with so much action taking place in such quick succession, the regular part of the campaign is now well over the halfway point. It is becoming clearer who is now the betting companies favourite to make it to the playoffs, and which teams have the worst odds, and will likely finish bottom of their conferences.

One side who all sports betting fans should be avoiding are the Houston Texans. On most of the NFL betting forums, the Texans will often have the worst odds of any of the 32 NFL franchises, due to their poor performances this season. They were odds on to lose against the Indianapolis Colts, which is exactly what they did. Not only that, but they didn’t even manage to score a point in the 31-0 thrashing, which would have been sorely disappointing to the home crowd at the NRG Stadium. While they are still just about ahead of the Jacksonville Jaguars in the AFC South, the power rankings indicate that soon enough the Texans will be bottom. The betting odds suggest it is unlikely that Houston pick up another win this year, which won’t bring much comfort to their supporters.

Cardinals continue their match to the postseason

On the other end of the scale, the NFL franchise who appear to be in the ascendancy right now are the Arizona Cardinals, who seem to be going from strength to strength right now in the NFC West. No other side has won as many games as they have (10) or lost as few as they have (2). Following one of the worst defences in the entire NFL only 3 years ago, they now look to be the strongest franchise around right now.

This weekend just saw them up against the Chicago Bears, who are hardly pulling up trees in the NFC North, with a 4-7 record leading up to this one. The Cardinals raced into a 27-7 lead by halftime, and while their pace slowed up a bit towards the end, they still ran out comfortable 33-22 winners at Soldier Field. Both teams have tough assignments next, with the Bears travelling up to Wisconsin to take on the Green Bay Packers, whilst the Cardinals host the LA Rams. 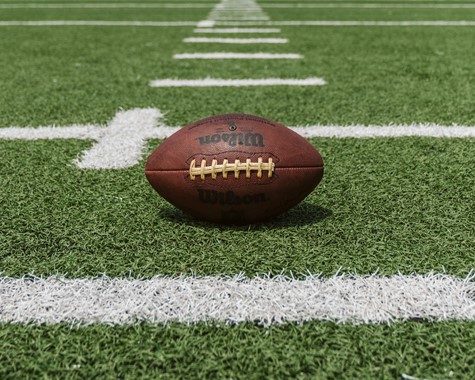 Lions finally get something to shout, or roar about

Up until this game week, only one side in the NFL remained without a victory, the poor old Detroit Lions. Several times this season they have been close to a win, or at least performed better than their opponents, but have still found new and inventive ways to not win. They even managed a tie against the Pittsburgh Steelers, which is a very rare occurrence in the NFL.

On Sunday they welcome the Minnesota Vikings to Ford Field, hoping it would be lucky number 12 for them. They were 6-0 down after the 1st quarter, but absolutely exploded in the 2nd, scoring 20 points to the Vikings 0. While the Vikings then had the better of the 3rd and 4th quarter, the Lions had already done enough by that stage, as the final score read 29-27 to Detroit, earning them their first victory of the season. While it will probably prove too little too late to actually mean anything in the grand scheme of things, it does mean that spirits will be lifted , at least a little, in the Lions camp this week.

Chiefs and Buccaneers look back to their best

Super Bowl LV was contested between the Tampa Bay Buccaneers and the Kansas City Chiefs back in February, with the Buccaneers having seemingly few problems in overcoming the then current Super Bowl champions, as the game ended 31-0 in favour of Tampa. Since that game, the fortunes of both sides have been rather up and down.

For the Chiefs, they started the season very poorly indeed, losing 3 of their opening 5 games against the Baltimore Ravens, the Los Angeles Chargers and the Buffalo Bills. At this point, it really did look like they were in trouble. However, star quarterback Patrick Mahomes has helped to turn the tide, and they now have a record of 8-4. That includes victories in their last 3 fixtures, the most recent against the Denver Broncos.

The Buccaneers meanwhile had their own mini-slump when they lost consecutive matches against the New Orleans Saints and Washington Football Team. It looked like their position at the top of the NFC South was in danger, with the Carolina Panthers breathing down their necks. Thankfully for Bucs fans they are back in business, with their 30-17 win over the Falcons their 3rd straight victory.