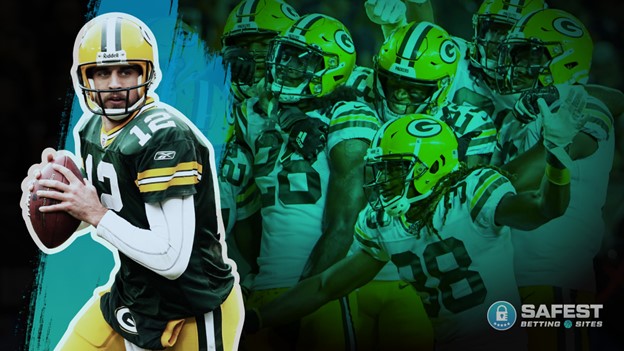 Earlier this month, Green Bay Packers quarterback Aaron Rodgers became the fastest quarterback in NFL history to throw for at least 400 touchdown passes. Rodgers completed the feat in just 193 career games, 12 games more rapid than the next man on the list.

Rodgers has just one MVP Award to his name, but he is annually one of the National Football League’s best players. He is now only one of seven quarterbacks to reach the 400-touchdown mark, and 500 touchdowns are a real possibility.

Some things have changed for the Green Bay Packers over the past decade, but Rodgers has remained the one constant.

Not only is Rodgers the fastest quarterback to throw for 400 touchdowns, but he also set another new record this season. Rodgers became the only quarterback in NFL history with five seasons of at least 35 touchdown passes.

Rodgers finished the 2020 regular season with more than 4,250 passing yards. He wrapped up the season with 48 touchdowns and just five interceptions. These are impressive numbers from the signal-caller.  Rodgers threw the football more than 520 times this season. His biggest target was DeVante Adams, who set the single-season franchise record for catches with 15. He also tied the Packers record with 18 touchdown receptions.

What is perhaps even more impressive is Rodgers completed 70 percent of his passes and has thrown just four interceptions. The Packers quarterback is not afraid to throw the ball deep, but he remains incredibly accurate.

Eleven different Packers players have caught a touchdown pass from Rodgers this season; of course, Adams is the favorite target.

The Green Bay Packers in the NFL Playoffs

The Green Bay Packers are the top seed in the NFC. The Packers beat their biggest rivals on Sunday to finish with a 13-3 record. The Packers will await the winners of the three wildcard games in the NFC Playoffs. In the win over the Bears, Rodgers threw for 4 passing touchdowns and 240 yards. The Packers saw four receivers score touchdowns, with Marquez Valdes-Scantling leading the way with 80 yards.

Rodgers is having one of his career’s best seasons, yet he is not the favorite to win the MVP Award in 2020. Rodgers has odds set at +225 to take home the hardware, but Patrick Mahomes is the clear favorite at -300.

If you are looking to bet on the Green Bay Packers or the National Football League in general, then you have come to the right place. We have found five of the top NFL betting sites and have found the best offers from each site.

Betting on the NFL is extremely popular, and these five NFL betting sites play a large role in making it that way. According to this guide, these are the most trusted and reliable sportsbooks for the Packers.

BetNow is an operator with some terrific parlay betting odds, and you might want to include the Green Bay Packers in your next parlay. This site also accepts all major credit cards, and making payments at the site is extremely quick.

Currently, BetNow is offering new customers a 100% first deposit match up to $500. That’s plenty of extra cash to bet on Rodgers and company to keep piling up the touchdowns.

BetOnline offers new customers a 50% deposit match up to $1,000, which is still a terrific offer. This is one of the largest online sportsbooks, and there will be plenty of Green Bay Packers lines available.

Currently, Bovada is offering new customers a 50% deposit match up to $250, but you will find plenty of other offers when visiting the site.

MyBookie is an extremely popular online sportsbook, and you will find a large number of Green Bay Packers bets at this site.

SportsBetting is an online sportsbook that accepts cryptocurrency, and that helps to set this operator apart. This is a very trustworthy site, and you will be blown away at how fast and easy the payment processes work.

SportsBetting features a 50% first deposit bonus up to $1,000, a very nice welcome offer for new customers.

The Green Bay Packers hope that Rodgers touchdown passes will carry them on a deep playoff run and a potential Super Bowl championship. Not only has Rodgers been setting records this season, but he is also enjoying one of the best seasons of his Hall of Fame career.

There aren’t many quarterbacks in NFL history that are better than Rodgers, and it doesn’t appear that his career will be coming to an end anytime soon. Green Bay is set at the quarterback position as long as Rodgers is under center, and 500 career touchdowns could be coming in the next few seasons.