When it comes to the Super Bowl, there is no larger stage. It’s a night where even the clueless sports fan can engage on one of the best nights of entertainments. Fans from across the globe are always locked into for that first Sunday in February.

With roughly 40% of the NFL season underway, franchises across the country are trying to make the playoffs. Due to the pandemic, seven teams from each conference will have a shot at making Super Bowl LV. That means that there could be even more room for teams to make a Cinderella run and stamp their mark in folklore.

Super Bowl LV will take place at Raymond James Stadium in Tampa, Florida with a projected play date of February 7, 2021. Due to the pandemic, this could be a special year. The NFL has navigated their way through these strange times and for the most part have been successful. Only a handful of games have been rescheduled as of Week 7, which is a highly impressive success rate.

However, if an outbreak where to get out, it could be the first time in many of our lifetimes that the Super Bowl would not be played on the first Sunday in February. The league is already in preliminary discussions to make proactive moves to ensure that the NFL playoffs would not be affected by the pandemic. Some of those discussions include all teams that qualify for the playoffs to remain in a bubble, just like how the NBA conducted their remaining schedule and playoffs.

One of those teams looking to make a run towards Super Bowl LV is the Tampa Bay Buccaneers. Tampa was awarded the Super Bowl after NFL owners saw that SoFi Stadium in California wouldn’t be ready in time to host the event due to delays in construction.SoFi Stadium will be the host of the Super Bowl next season. It will be followed by the State Farm Center in Arizona in 2022, and then Mercedes-Benz Superdome in Louisiana in 2023.

Now that Tom Brady is running the show in Tampa, the pressure is on. When looking back at history, no NFL team that has hosted the Super Bowl has made an appearance in the big dance. The six-time Super Bowl champion in Brady is Tampa’s best championship culture setter in terms of changing the narrative. 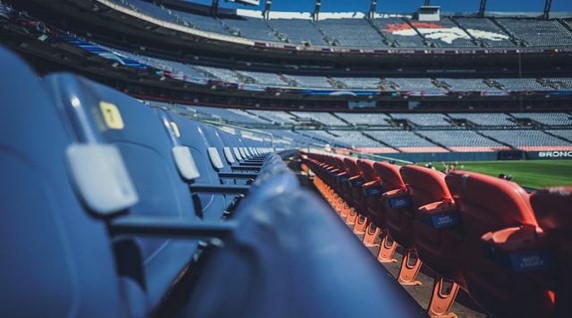 The best part is that Tampa has a legitimate shot to make it. The team currently leads the NFC South. On defense, defensive coordinator Todd Bowles has led one of the best pass rushing attacks in the NFl. Along with Brady on offense, Chris Godwin and Mike Evans are both 1,000-yard caliber receivers. Brady’s best friend, and future Hall of Famer, Rob Gronkowski is starting to look like his old self. Ronald Jones II looks like a true borderline Pro Bowl running back and the team just signed Antonio Brown to a one-year deal.

Nobody can predict how COVID-19 will affect the rest of the season. However, in the present, the Bucs, Green Bay Packers, and Seattle Seahawks look like real contenders to come out of the NFC. One cannot count out to the New Orleans Saints, San Francisco 49ers, and potentially the Chicago Bears either.

On the other side, the Kansas City Chiefs are positioned to make a consecutive appearance. The Baltimore Ravens are trying to load up and make a run after their disappointing early round exit in 2019. The team just traded for star pass rusher Yannick Ngakoue and are recently rumored to be interested in former Pro Bowl wide receiver Dez Bryant. This is the same team that is building from a 14-2 record from last year.

However, it’s the 5-0 Pittsburgh Steelers at the top of the AFC North and Ben Roethlisberger appears to be ready to make one last postseason drive. The Steel Curtain defense and Big Ben, the Buffalo Bills, and the Tennessee Titans look like legitimate Super Bowl LV contenders.