The beginner’s guide to betting on basketball

As the third most popular spectator sport in the world – after soccer and cricket – basketball has an estimated 2.2 billion fans worldwide. For those who have already caught the basketball bug, its appeal doesn’t need explaining.

Its high speed, high scoring nature makes it great to watch and, for many fans, even better to bet on. In the US, as well as the NBA championship there are plenty other opportunities for fans to try their luck. 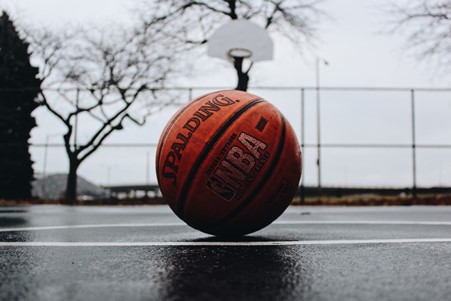 Perhaps the highlight of the year in this respect is the so-called March Madness, when the country’s top 68 college teams compete in the competition, whose official name is the NCAA Division 1 Men’s Basketball Championship.

Sports betting in general in the US is seeing something of a boom at the moment following on from the May 2018 decision by the US Supreme Court to finally allow states to rule on whether or not to permit it. As of early 2021 a total of 25 states have passed legislation to allow it with a number of others expected to follow.

This has created a far more bet-friendly atmosphere in the country and basketball fans are able to take advantage by placing a wide range of wagers on the sport, with online sports betting becoming an increasingly popular way to do this. Not only is it a very convenient way to wager, many of the leading sites offer the most competitive odds as well as many different kinds of bet.

Here are most of the usual ones that are placed.

By far the most popular form of betting on the sport goes by the name of Points Spread or, alternatively, Line Betting. Essentially, this is a form of handicap system in which you’re betting how much a team must lose or win by. To give an example, if Team A are playing Team B and are the favourites to win it could be listed as Team A -6.5 Team B +6.5. This means that for a bet on Team A to be successful they must win by at least 7 points. For Team B they must either win or lose by a maximum of 6 points.

While a point spread bet can be a little confusing for beginners, the Over Under is far easier to understand. Essentially the sportsbook decides on a figure for the total number of points that will be scored by both teams in a game and you have to place a bet on whether this total will be higher or lower.

A more recent variation on this theme has been the introduction of Points Total bets. In these you simply have to estimate the total number of points either team will score in a game. While the odds given on Points Spread and Over Under bets tend to be in the region of 1.90 to 1.95 (i.e. you win back between 90 and 95 cents for each dollar stake money if you’re successful) you will be able to potentially play for far better odds with a Points Total bet.

An even simpler bet, and one which is subject to an even wider range of potential odds, is the Money Line Bet. In this you are simply betting on which of the two teams will win a particular game. It doesn’t matter how wide or narrow the points difference may be – they simply have to win.

These bets can be particularly successful when the underdog comes out on top as this will generate the best possible odds.

All the wagers we’ve described so far have concerned single games. But futures and outrights take a longer view. So, for example, you can bet on which team will be the season’s NBA champions or be conference or division winners. There are even futures bets on who will be named NBA Most Valued player for the season. These kinds of bets help to keep the level of interest up throughout the season.

For people who like the chance to turn small stakes into big prizes then Parlay bets could be the answer. In other countries these are known as accumulator bets and involve the linking together of two or more wagers.

The way they work is simple. The winnings from each bet becomes the stake for the next one – and if all of the bets in the sequence come off then it’s a win. The downside is that even if just one of the bets fails to come off the whole Parlay loses.

As the interest in sports betting has grown generally, so have the other kinds of bets on offer. So now you may find that you can also bet on everything from the number of points scored in the first half, or even quarter, of a game to the total number of fouls to be committed by a particular team or player.

A few tips for beginners

For anyone starting out in basketball betting it’s a good idea to focus on teams and leagues that you know about.

Secondly, look for value in a bet. This means looking for odds that you think are set too high for a particular game given your knowledge and experience the performance of the team in question.

And finally, only wager what you can afford to lose. Because in basketball, as in life, there’s no such thing as a dead cert!