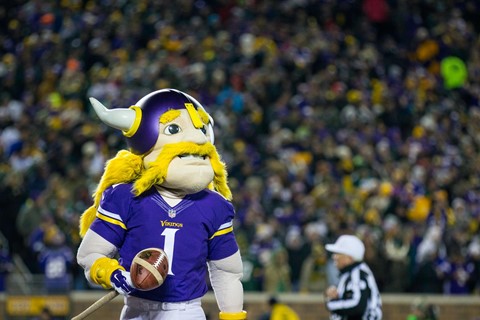 That time of the year is upon us; the best eligible college players will be selected for the National Football League in Las Vegas come April 28 – 30. There’s been a lot of buzz in the world of football and we really can’t wait to see who makes the first-round draft.

Aiden Hutchinson, Travon Walker, Malik Willis, Ikem Ekwonu, and Evan Neal are some of the top names flying around. The NFL Draft odds market heavily favours these college players to be selected in the first round. Who gets the top pick? Are we in for any surprises? We’ll have all the answers in the next couple of days.

As the D-Day draws closer, we decided to take a trip down memory lane, listing some of the best draft classes to ever grace the league:

We all know that the debate over the best NFL draft classes of all time will live on for life. Football fans and pundits all have their different picks and rightfully so; the 2022 draft selection will be the 87th time the NFL disseminates college players into the league.

We’ve seen some draft classes produce some of the finest Football players over the years. Will the 2022 draft class also make a name for itself? We’ll have to wait to find out.

However, one thing is certain: this class will face fierce competition from some historically defining draft classes. Here’s a rundown of some of the greatest drafts of all time:

Talk about a stacked draft class, it’s hard to beat a draft class that gave us the running back, Jim Brown who is arguably the best NFL player of all time. Brown was selected sixth overall by Cleveland Brown. He played nine seasons in the NFL and was a Pro Bowler every year.

Brown was named Rookie of the Year in 1957 and is a 3X  NFL MVP. He would later go on to win the NFL Championship in 1964, two years before his retirement.

The 1957 draft class also produced Paul Hornug. He was the first overall pick in this draft and very well lived up to expectations.

What’s more? Some late-round picks who would later turn out to be great players; Jack Kemp was selected in the 17th round, and Jimmy Orr in the 25th round.

The 1964 draft class has produced the most Hall of Famers to this day (11). We can also make a case of this class being the best in terms of talent evaluation: Six of the top 18 picks (four first-rounders) have been inducted into the Pro Football Hall of Fame.

Ironically, Roger Staubach, who is perhaps the most famous player from the ’64 draft class, was selected in the 10th round (129th overall) by the Dallas Cowboys.

It’s okay to not remember a draft class this old. But what we won’t do is exempt a class that has produced 8 Hall of Famers from a GOAT draft class list.

The class’ first and third overall picks stand out; 7× Pro Bowler, Ron Yary and the 1968 defensive Rookie of the Year, Claude Humphrey. Ken Stabler stands out as the best QB from this class and remains the only 1968 QB to be inducted into the Pro Football Hall of Fame.

Younger fans may remember Art Shell for his coaching stint at the Los Angeles Raiders. Shell is also the only African American head coach in the history of modern football.

Larry Csonka is also a popular figure in this draft class. He is a 2X Super Bowl champion, Super Bowl VIII MVP, and a member of the Miami Dolphins that had a 17-0 perfect season.

The 1981 draft class is widely considered the best draft class when it comes to defence. This class gave us Lawrence Taylor, arguably the most revered pass rusher in league history.

Dennis Smith, Mark May, Hanford Dixon, Eric Wright, Carlton Williamson, Cris Collinsworth, and Dexter Manley are among the most notable non-Hall of Famers in this class.

The 1983 draft class can stand toe-to-toe with any draft class in terms of quarterbacks. Just take a look at the names: John Elway, Jim Kelly, and Dan Marino. Legends in their own right. Add Pro Bowler, Ken O’Brien, to the list and it’s already a glorious draft class.

We won’t fail to mention the likes of Henry Ellard, Darryl Talley, Wes Hopkins, Mark Clayton, Karl Mecklenburg, and Roger Craig. Definitely one for the books!

The 1988 draft class may not have had the best quarterbacks but it produced some great playmakers. Thanks to this class, we were able to watch great wide receivers in Tim Brown and Michael Irvin plus running back Thurman Thomas. We also got offensive linemen in Dermontti Dawson and Randall McDaniel.

You know you’re a great draft class when four of your first 5 overall picks are Hall of Famers, a feat that no other class has achieved to this day. The 1989 draft class could have gone 5 for 5 had Tony Mandarich live up to high expectations.

This draft class definitely sits high on the list with 5 Hall of Famers and 36 Pro Bowlers including Troy Brown, Drew Bledsoe, and Dana Stubblefield.

Only three of its five Hall of Famers were selected in the first round. Jonathan Ogden is regarded as one of the best offensive tackles of all time. This class also gave us two great wide receivers in Terrell Owens and Marvin Harrison

Widely regarded as one of the best classes for the Wide Receiver position, it gave us Pro Bowlers like Keyshawn Johnson, Terry Glenn, Muhsin Muhammad and Jermaine Lewis.

This class currently has three Hall of Famers and we can expect players like Steve Smith Sr. and Reggie Wayne to be inducted in the future. Then there’s Drew Brees who was the last player in this draft to retire from professional football after 20 years.

The class of 2004 holds the record for most wide receivers selected in the first round, and is, without a doubt, the number one quarterback class of the 21st century. Elli Manning and Ben Roethlisberger are some of the most notable QBs it produced. It is also the only draft class with two different quarterbacks winning multiple Super Bowl championships.

This class also boasts players like Vince Wilfork and Larry Fitzgerald. Other honourable mentions include Sean Taylor (RIP), Jonathan Vilma, DeAngelo Hall, and Jaren Allen. Of the 255 players selected in 2004, only Jason Peters and Andy Lee still play in the league.

Expect to see this draft class boast a couple of Hall of Famers in a few years.

Still too close to call? You wouldn’t bet on it. The 2011 Draft class is still an active class, but the signs are already pointing to it being one of the best drafts of all time.

Many pundits already rank this class as one of the most talented in NFL history. Its top pick Cam Newton was the regular-season MVP in 2015 and its second overall pick, Von Miller was the Super Bowl MVP the same year. Both Newton and Miller played against each other in Super Bowl LV, marking the first time the top two selections in a draft class met at the Super Bowl.