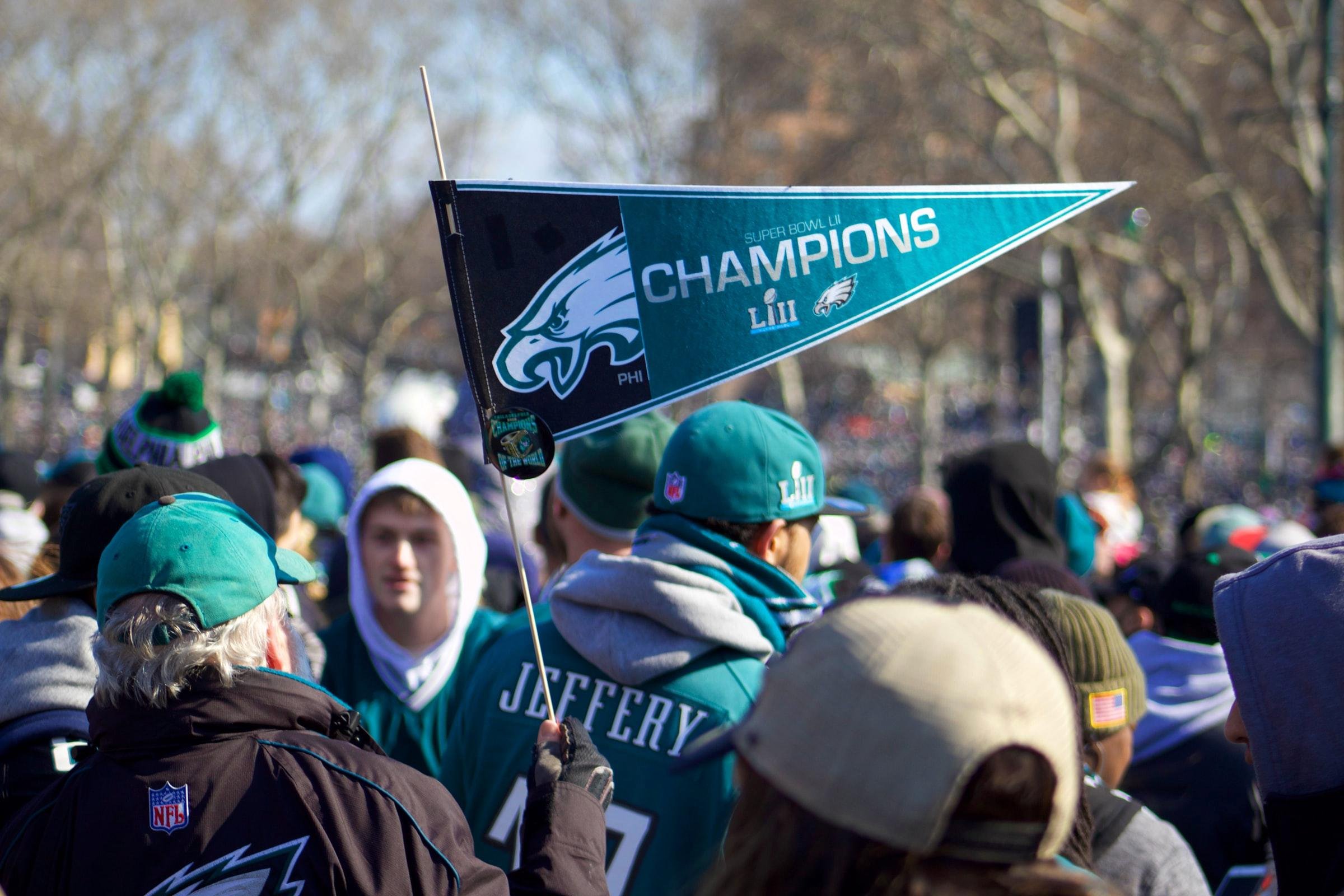 The National Football League is the most lucrative professional league in America, and is one of the successful sports leagues worldwide. The league consists of 32 teams that generate billions of dollars annually.

The Miami Dolphins are valued at $3.42 billion, making them the 15th richest team in the NFL. The franchise was established in 1965 and is the oldest professional sports team from Florida. Miami made its first league debut in 1966, and has featured in every pro football season since then.

The franchise is based in Miami Garden, Florida, and has played its home games at the Hard Rock Stadium since 1987. Its front office is headquartered at Baptists Health Training Facility in Nova Southeastern University, Davie, Florida.

The Dolphins compete in the American Football Conference East Division and have won 13 Division and five Conference Championships. They are a 2x Super Bowl Champion, winning back-to-back Lombardi trophies in 1972 and 1973.

The Steelers have an estimated net worth of $3.43 Billion, and are one of the most successful franchises in pro football history. The franchise was established and made its league debut in 1933; Pittsburgh is the seventh oldest franchise in the NFL.

The Steelers are assigned to the American Football Conference North division, and are the oldest team in the AFC. They have won six Super Bowl championships and are tied with the New England Patriots for most championships in Super Bowl history.

In addition, the Steelers have won eight Conference Championships till date and 24 division titles (15× AFC central division and 9× AFC northern division). They are the third team with the most playoff appearances

The Green Bay Packers franchise was established in 1919, making it the third oldest franchise in the NFL. Their front office is headquartered at Lambeau Field Green Bay, Wisconsin where it also plays its home games.

The Packers made their first NFL debut in 1921 and have won 11 NFL championships (prior to the AFL-NFL merger) and 4 Super Bowl titles. They are the team with the most playoff appearances in league history (35). Other honors include nine Conference Championships and 21 Division titles. The franchise is worth $3.475 Billion.

The Seattle Seahawks are a NFL franchise located in Seattle, Washington. Founded in 1974, the club made its pro league debut in 1976. Seattle plays its home games at Lumen Field.

The franchise won its only Super Bowl title in 2013 and has clinched the Conference and 11 Division championships. The Seahawks are valued at $3.5 Billion.

The Houston Texans franchise was established in 1999 and played its first NFL game in 2002. Although relatively new compared to other clubs, the Texans are one of the wealthiest professional sports teams in the world.

They are an American team based in Houston, Texas and play their home games at the NRG Stadium in Houston. The Texans have made six trips to the playoffs and have clinched six Division Championships. They remain one of four teams in the NFL to have never played in the Super Bowl, and are the only team to have never won an away game in the playoffs.

Despite their on-field outcomes, the Houston Texans are valued at $3.7 billion.

The Denver Broncos are a football franchise based in Dove Valley, Colorado. The Broncos were established in 1959 and made their league debut the following year. Their home stadium is the Empower Field located at Mile High, Denver.

Denver competes as a member of the American Football Conference, West Division and have won eight Conference Championships and 15 Division titles. The Broncos are a 3-time Super Bowl championship team, and have made 22 playoff appearances throughout their history.

Another team from Pennsylvania makes the list. The Eagles franchise was established in 1933 as a replacement for the now extinct Frankford Yellow Jackets. They are one of the oldest teams in the NFL and have made the playoffs 27 times.

The Lincoln Financial Field is the home Stadium of the Philadelphia Eagles, and the club is headquartered at NovaCare Complex Philadelphia.

Philadelphia has won three NFL titles prior to the AFL-NFL merger and became Super Bowl champions for the first time in 2017 the only win to this day. Other titles include  four Conference and 14 Division Championships.

The New York Jets was founded in 1959 and played its first league game the following year. Home games are played at the MetLife Stadium in New Jersey.

The Jets franchise is owned by former United States Ambassador to the United Kingdom, Woody Johnson, and his brother Christopher. They are great grandsons to Robert Wood Johnson I, founder of multinational corporation, Johnson & Johnson.

The club has an estimated worth of $4.05 Billion, making it one of eight teams in the NFL to be valued at over $4 billion.

The Chicago Bears are a historic franchise based in Halas Fall, Lake Forest, Illinois. The club was established in 1920 and remains one of the only two surviving clubs since the league’s founding. All of the Bears home games are played at the Soldier Field stadium in Chicago.

This team stands out as the franchise with the most Pro Football Hall of Famers. In addition, no other franchise has a better winning record and retired jerseys than the Bears.

The franchise has won nine NFL championships prior to 1970 and have since added one Super Bowl to its trophy collection. Other titles include four Conference and 19 Division titles. The Bears have made the playoffs 28 times throughout their history.

The 49ers franchise is headquartered in the San Francisco Bay Area in California, and competes in the NFL as a member of the NFC West Division. They play their home games at the Levi’s Stadium, Santa Clara, California.

The 49ers are one of the most successful franchises in the league winning five Super Bowls, seven Conference titles, and 20 Division Championships.

Up next in the rankings are the Washington Commander, formerly known as the Washington Football Team. The club has been playing in the league since 1932, the same year it was established. The Commanders have competed in over 1000 games and are part of an elusive group of NFL franchises to record 600 wins.

Forbes ranks the Commanders 5th in its annual NFL team value list, with a net worth of $4.2 Billion, as of 2021. Throughout their history, the Commanders have won 2 NFL championships, 3 Super Bowls, 5 Conference Championships, and 15 Division titles.

The Los Angeles Rams are fresh off celebrating a successful season where they became Super Bowl champions for only the second time in their history, and the first since returning to Los Angeles.

The club was founded in 1936 and is headquartered in Agoura Hills, California. The Rams play their home games at the SoFi Stadium in Inglewood, California which hosted the Super Bowl this year.

The Rams have two NFL championships (before 1970), eight Conference titles, and 18 Division championships together with their two Super Bowl wins. No other club has won three league championships while representing three cities. They are also one of few teams in the NFL to achieve 30+ playoff appearances.

Forbes ranks the Rams fourth on its list of most valuable NFL teams with a net worth of $4.8 Billion, as of 2021. The Rams are said to be one of the fastest growing franchises in all of sports and have increased its value every year since 2017.

Based on preseason predictions, the Rams have the fourth best NFL odds of retaining their title as Super Bowl champions.

When you’re a club that has 29 ex-players in the Pro Football Hall of Fame, financial success is almost certainly guaranteed.

The New York Giants joined the NFL in 1925 and are the only surviving team among other teams that joined the league in the same year. The team shares its home field with the New York Jets.

They have made the playoffs 32 times, winning the Super Bowl four times, Conference championships 11 times, and Division titles 16 times. They also achieved four NFL wins prior to the AFL-NFL merger in 1970.

The New England Patriots are the most successful Super Bowl franchise of the 21st century. The team holds numerous Super Bowl records such as most wins (6, tied with the Steelers), most losses (5, tied with the Broncos), and most appearances, to name a few. Other honors include 11 Conference and 22 Division titles.

The Patriots franchise was founded in 1959 and made its league debut in 1960. Its headquarters is at the Gillette Stadium in Foxborough, Massachusetts where the team also plays all of its home games.

Robert Kraft is the current majority owner of the Patriots and his son, Jonathan Kraft, serves as the President. The franchise’s current value sits at $5 Billion, making it one of only two football clubs to hit the $5 Billion mark.

The Dallas Cowboys franchise comfortably wears the crown as the richest team in the NFL. This club’s front office is headquartered at Frisco, Texas and has been playing its home games at the AT&T Stadium in Arlington, Texas since 2009.

The Cowboys are the most followed sports franchise in the country. They hold the record for most consecutive sold out regular season and playoff home and away games (190).

They have made eight trips to the Super Bowl (tied for second most) and came out on top on five occasions. The Cowboys also have 10 Conference and 22 Division titles in their trophy cabinet.

The franchise is owned by American billionaire, Jerry Jones who also doubles as its manager. He bought the club in 1989 for $150 million. Talk about getting huge, long-term returns on your investment!

In 2015, they became the first-ever sports team to cross the $4 Billion mark in net value and has topped Forbes list of most valuable clubs since 2009. The franchise’s current net worth stands at $5.7 Billion as of May 2021. It stands as the most valuable sports team in the world ahead of the New York Yankees and European soccer juggernauts, Real Madrid and Barcelona.