Top Players To Watch In The NCAAF 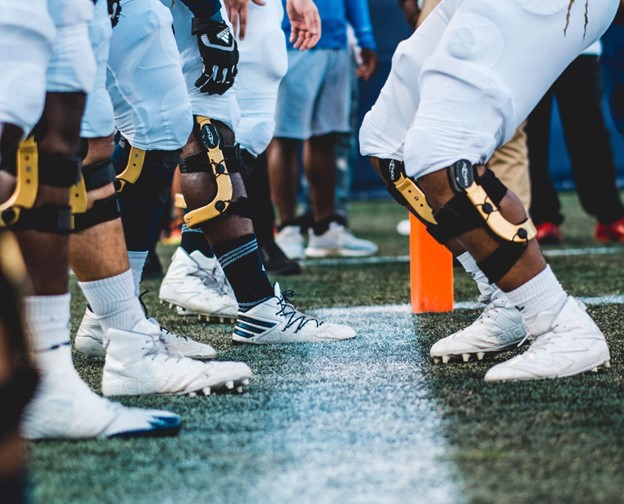 It’s almost been 6 weeks into the college football season, and we have already seen some exciting matches and performances. Quick to mind is how the Alabama Crimson Tide, alongside Will Anderson, were able to grind out a win against Texas A&M Aggies, even as both teams missed their first-choice QBs.

Surely, there could be a lot more to be seen in this NCAAF season, as many players will be looking to secure a spot in the NFL 2023 draft. In this article, we rank some of the top players in our opinion in the NCAAF based on their abilities and prospects for the season.

It would certainly come as no surprise to anyone paying attention that Will Anderson tops our list. The Alabama OLB was nothing short of excellent during the 2021 season. Anderson has been showing his renowned brilliance this season, playing a significant role in Alabama’s win over A&M.

Thanks to his outstanding defensive exploits last season, Will Anderson earned the Bronko Nagurski Award. He had 17.5 sacks and 34.5 tackles for loss, both highest in the division. With his remarkable physical traits and recognizable agility, Anderson has established himself as the top defender in the nation. He could definitely be on track to become one of the earliest 2023 NFL Draft picks.

Undoubtedly, this list cannot be complete without the Heisman Trophy winner, Bryce Young. With a school record of 47 total touchdowns in the 2021 season, Young has earned his place as the number-one quarterback on this list. The Alabama QB also managed an outstanding record for passing yards with 4,872 yards while completing about 67% of his passes.

While Young’s small size has been a source of doubt regarding his ability to compete at the highest level, he has shown that he is more than capable so far. With his stand-out vision and technical abilities, Young is already making himself a nightmare for defenses. Indeed, Young’s performance this season would be a major determinant of his team’s NCAAF odds.

The Ohio State QB was a Heisman Trophy finalist, and rightly so. Stroud was able to complete 72% of his passes last season. In addition, he managed a passing yard record of 4,435 yards, completing 44 touchdowns compared to 6 interceptions. Stroud could easily lock down the No. 1 quarterback positions in most other draft classes with these stats.

With his complimentary build and passing accuracy, it will be interesting to observe what C.J. Stroud can achieve with Ohio State this season.

The Ohio State Wide Receiver is one player to watch this season. Having had a fantastic break-out season last year, Smith-Njigba would be looking to impress even more this season. With QB C.J. Stroud on the team, Smith-Njigba might just surpass expectations this season.

He was able to achieve 1,606 receiving yards last season. Similarly, he managed 9 touchdowns. Smith-Njigba’s strength and excellent body control may be enough to earn an early spot in the 2023 NFL draft.

Despite various issues with the Texas’ offensive line, Robinson had a fairly impressive season last year. The Running Back is in a good position for a fantastic season. Last season, he managed 1,127 running yards with an average of 5.8 yards per carry. Overall, Robinson has completed 21 touchdowns in a total of 19 games.

This year, a running back was not picked in the NFL draft for the first in 8 years. We believe Robinson is primed to turn the tides again.

Georgia has produced some top picks of defensive linemen in the NFL draft over the years. The list includes last year’s No. 1 pick Travo Walker. However, it is scary to think that Jalen Carter might be better than them. With a combined 5 starts in two seasons, Carter has managed to rack up 51 tackles. Last season, he had 8.5 tackles for loss, the highest in the team.

With 310 pounds, Carter has the frame and build to his advantage. However, in addition to this, he is also quite flexible and quick off the ball.

For a freshman, Henderson had a fairly decent season last year. He certainly made an impression after reaching 1,248 running yards and 15 touchdowns last season. Coming back with a year of experience, we expect that Henderson will manage even higher numbers this season.

Within the first 6 weeks of the 2022 season, the Ohio State Running Back has already managed 4 touchdowns and 436 running yards. If he can keep up the momentum, he is certainly on track to impress even more.

Addison might be set for a massive improvement this season. This might sound incredible, given his last season’s numbers. Achieving the highest touchdowns for a wide receiver with 17 and 1,593 receiving yards, Addison already established himself as the best wide-out in the country.

Bryan Bresee may be a bit of a surprise appearance on this list. In 2020, Bresee displayed how brilliant he can be, racking up 33 tackles, including 6.5 for loss which earned him the ACC Defensive Freshman of the Year. His 2021 season was, however, cut short due to an ACL injury. Nevertheless, Bresee was still able to manage 13 tackles and 1.5 sacks in the 4 games he played.

This season would be another opportunity for Bresse to impress. His great frame and explosive power are some of Bresee’s great qualities.

The Kentucky Quarterback is undoubtedly talented and seems to be primed for an early NFL pick. Levis managed a total of 24 touchdowns in the 2021 season. However, this season would be a key test for Levis, as 4 players that were critical to the team’s offense last season are now in the NFL. It thus remains to be seen if Levis can replicate or even surpass last year’s success without them.