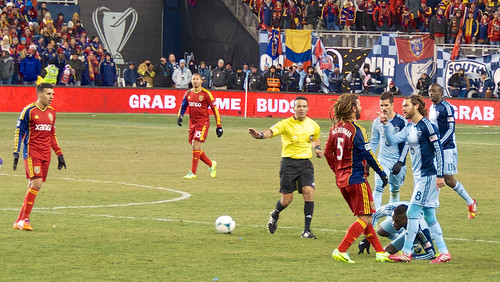 The final places may not be decided just yet but the playoff rounds for the 2022 MLS season are certainly taking shape. Those franchise teams who have been consistently productive throughout the campaign have already qualified for the next phase.

At the same time, weaker sides have been eliminated and are already planning for next year. That leaves a handful of playoff places up for grabs, but the strongest contenders for the MLS Cup are making their case.

In the Eastern Conference, Philadelphia Union have led the way for some time. After the first 32 games of 2022, Head Coach Jim Curtin’s team had lost four games. They have the best record of any MLS team in the regular season and are well on their way to winning the Supporters Shield.

Over in the West, Los Angeles FC are clear at the top and have already qualified for the next phase. Under Head Coach Steve Cherundolo, LAFC have been strong all season, but the acquisition of Gareth Bale at the start of 2022 has taken them to the next level.

Among those hoping to overtake Los Angeles FC at the top of the table are Austin FC and FC Dallas who are already through to the next round. It’s all taking shape but which teams are expected to go deep into those playoffs with a view to winning the MLS Cup?

It’s a tight call as far as the sportsbooks are concerned with the two most successful teams in each Conference leading the way. In the outright MLS Cup winner betting, Los Angeles FC are marginally in front of Philadelphia Union before a gap opens up to the chasing pack.

That list of chasers is headed up by CF Montreal while other teams expected to make a challenge include New York City FC, Nashville SC and Inter Miami.

With just a handful of games left before the playoff rounds begin on October 15, there is still time for the figures to adjust. Odds are supplied by the best football betting sites in India where the game has a fanatical following.

It’s a situation that is repeated around the world where sites link into Asiabet. If any updates do come in, these will be clearly shown on the website. Readers can check out the numbers while accessing a host of useful information.

News articles and blog posts are published while it’s also possible to access handy betting guides. Each betting operator is extensively reviewed and anyone wishing to get more involved is welcome to do so.

Any sportsbook on the Asiabet recommended panel is open to new players. Registration is swift and secure and should take no more than five minutes. An opening promotion is usually available while a set of deposit options can help with covering qualifying bets.

Moving on from those early stages, anyone who continues to play can expect other benefits. A choice of other sports will always be in play while it’s also possible to access live betting and mobile staking via an app.

In short, it’s a useful site for any form of soccer betting, but have the odds setters called things correctly?

It’s interesting to note that Inter Miami are ranked relatively highly in those outright MLS Cup markets. The team owned by former LA Galaxy player David Beckham has enjoyed a more productive campaign after two slow seasons since their formation.

The franchise has, however, yet to qualify for the latter stages and there is no guarantee that they will do so this time. It has been a solid campaign to date and those odds prove that, once a team gets into the knockout rounds, anything can happen.

It wouldn’t be the first time that the favorites were stunned in the later rounds. Just last year, New England Revolution coasted to the Supporters Shield with the best regular season record, but were eliminated in the Conference Semi Finals by New York City FC.

The MLS Cup may appear to be in the hands of Philadelphia Union and Los Angeles FC, but there is a long way to go.