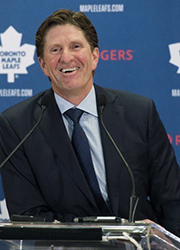 When the Maple Leafs began planning their latest rebuild they looked to land a coach who knew what it takes to win and hired longtime Red Wings bench man Mike Babcock. In just his second season in Toronto Babcock’s coaching has begun to bear fruit as the Maple Leafs made into the playoffs. A big reason for the Leafs success remains their core of young stars led by Auston Matthews. The Maple Leafs are one of the youngest teams in the NHL, with Mike Babcock behind the bench the Leafs could be a contender for years to come. 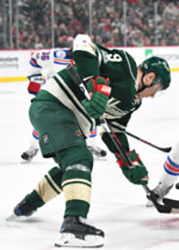 No forward takes more shifts in the defense zone, than Minnesota Wild center, who starts more than 40% of his shifts behind the blue line. Koivu who is terrific at winning faces off and starting the offense with 18 goals and 37 assists which was a key to the Wild posting the best record in franchise history as they challenged for the best record in the Western Conference all season. Mikko Koivu has long had a reputation as a two-way defensive forward who deserves the recognition as the best in the league. 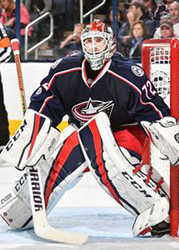 For long suffering fans of the Columbus Blue Jackets it was a season to remember as they were among the best teams in the NHL all season, as they topped 100 points for the first time in franchise history. A big reason for the Jackets success was the play of Goalie Sergei Bobrovosky with 41 wins was ranked among the leaders in all the statistical categories for goaltenders, with league leading 2.06 GAA and .932 save percentage as Columbus was one of two teams to allow fewer than 200 goals. 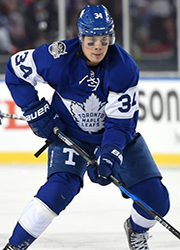 The 2017 NHL Rookie class is one of the best in years, as players like Auston Matthews, Patrik Laine, William Nylander and Matthew Tkachuk will be stars for years to come. Matthews the first overall pick in last year’s NHL draft started his career with a bang,scoring four goals in his very first game. Matthews and Laine were among the top scoring rookies all season, but at the end of the season it was Auston Matthews who emerged as the top first year player in the NHL leading all rookies with 69 points and 40 goals to lead Toronto to the playoffs. 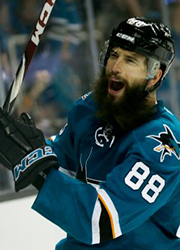 It has become clear over the last two seasons, the San Jose Sharks that Brent Burns in the heart and soul of the team. The defense with a wicked slapshot has become one of the league’s top offensive players, with 29 goals and 47 assists. Before a slump in March, Burns was in contention for the scoring title. While shot blocking continues to be a weakness is Brent Burns game, San Jose gets a majority of their shots and goals with him on the ice with his ability to generate offense out of their own zone and on the faceoff. 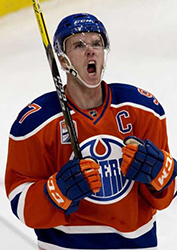 Missing a large portion of his rookie season with a shoulder injury, Connor McDavid showed flashes of the star he was about to become. In just second season, Connor McDavid is already showing signs he is one of the best players in the league at the age of 20, as he won the Art Ross Trophy as the NHL’s scoring leader with 100 points, highlighted by 70 assists. Connor McDavid was in the middle of everything as the Oilers ended an 11-year playoff drought. This is likely to be the first of many MVP awards for the Oilers young captain.

©MMXVII Tank Productions. These are not just mere prediction but whom I believe should win the said awards. Selected by Frank Fleming on April 12, 2017 at 12:00 am ET