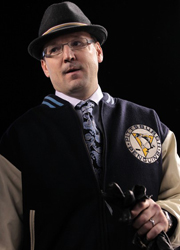 If someone told you at the beginning of the season, the Penguins would play much of the first half of the season without Jordan Staal, and then in second half they would lose Sidney Crosby and Evgeni Malkin, how many would expect the Penguins to keep up with expectations and hit the playoffs again as the fourth seed in the East? That is exactly what the Penguins did this year, and that is why Dan Bylsma did the best coaching job in the NHL this season, in addition they had to deal with the Matt Cooke suspension and several other key injuries during the season. 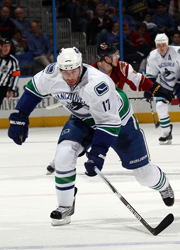 Ryan Kessler has been a Selke candidate for several seasons, and while this may not have been the best season he ever had it is the year he finally gets recognized as the best defensive forward in the league. Teammate Manny Malhotra is also worthy of the award, but after years of waiting it’s Kessler’s turn as he helped the Canucks capture the President’s Trophy, while posting the best record in franchise history. 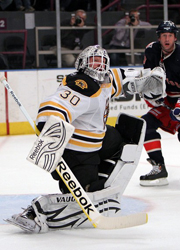 Last year Tim Thomas lost his starting job to Tuuka Rask, but came back this season with renewed purpose and helped lead the Bruins to another solid season in the Northeast Division. Thomas has led the NHL goals against (1.98) and save percentage (.939) almost the entire season, and is a big reason the Bruins have Boston fans dreaming of a sip from Lord Stanley as the playoffs begin. 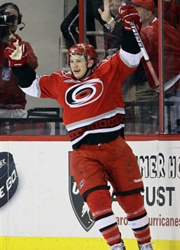 At the age of 18 Jeff Skinner had an instant impact for the Hurricanes as helped his team stay in the playoff chase until the final day of the season, as had a chance to qualify for the playoffs with a win. Skinner, became the seventh youngest player in NHL history to score more than 30 goals in a season, as he showed veteran skills at handling a puck and finishing a play, while providing the spark that will likely make him an All-Star in the NHL for many years to come. 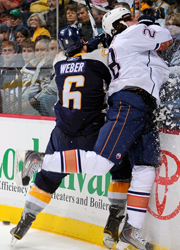 Shea Weber was the most dominating blue liner in the NHL this season, as he helped the Predators make the playoffs despite having a team without much star power. On offense, Weber is strong at puck handling and able to pass well to start the offense, while on defense he is big and physical and capable of keeping the crease clear for Goalie Pekka Rinne. 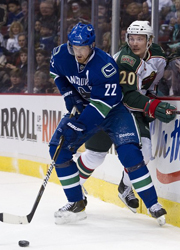 Identical Twins could be scary at times as their minds at time seem to be on the same track and they are able to communicate with their minds. The Sedin twins in Vancouver are no different, as they have been stuck at the hip since the start of their careers. Last season Henrik Sedin surged a head winning the Ross Trophy as leading scorer and Hart as league MVP. This year Henrik missed 19 games, and the Canucks did not miss a beat as Daniel won the Ross Trophy this season as the Canucks were by far the best team in the NHL’s regular season. Some how it seems preordained that he also follows his brother to win the MVP.

©MMX Tank Productions. These are not just mere prediction but whom I believe should win the said awards. Selected by Frank Fleming on April 13, 2011 at 11:15 pm ET