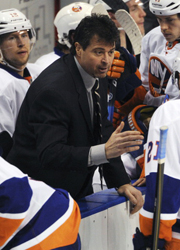 Before the season most experts seemed to think that Islanders were going to finish in last place, and their coach Jack Capuano was a lame duck, with Dough Weight the coach in waiting already behind the Islanders bench. A move to Brooklyn in a few years was the hot story, as players like Lubomir VIsnovsky did not want to have anything to do with playing on the Island. However, thanks in part to some shrewd signings and a breakout season from John Tavares with a revitalized Evgeni Nabokov the Islanders qualified for the playoffs for the first time since 2007. With such a rag tag team led by a young star it was the even handed Capuano who was a big reason for their success and that is why he is the Coach of the Year. 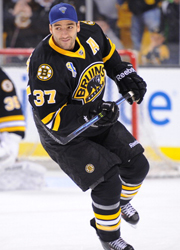 The Selke Trophjy given to the best defensive forward tends to be one of those awards that once it is won, belongs to a player for a while. Pavel Datsyuk won it three straight years, while Bob Gainey won it four straight times. Patrice Bergeron will join a number of players to have won it two straight seasons, as he again was the best two-way player in the NHL He had the best +/- on the Bruins at +24, and averaged 2:21 per game on the penalty kill, which again was one of the best in the NHL. Bergeron also had 32 points, which was the third best on the Bruins, while blocking 23 shots and grabbing 25 takeaways, as he was one of the top players on face offs in the defensive zone, while ranking sixth overall in total faceoff wins in the NHL. 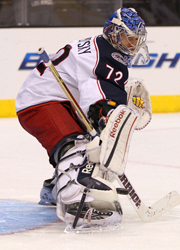 The Columbus Blue Jackets, who last season were by far the worst team in the NHL came within an eyelash of making the playoffs this year, despite an awful start in which they won just five of their first 20 games. The reason for the turnaround was simple Goalie Sergei Bobrovsky, who averaged had a 2.00 GAA and a .931 save percentage in 33 games after being named the starting goalie. Bobrovsky finished the season with a solid record of 21-11-6, despite the Blue Jackets being one of the lowest scoring teams in the NHL, with 120 goals. Tuukka Rask does have better stats, but he has a much better team, as the Jackets are still the team that started 5-12-4 without him. Had the Jackets made the playoffs, which they lost only due to a tiebreak in games won Sergei Bobrovsky would also be a top choice to win the Hart Trophy. 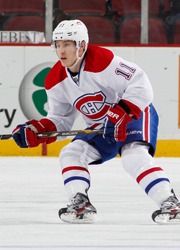 Never before has the race for Rookie of the Year been this wide open as many as six players can make their case as nobody really had an eye catching first year, perhaps one of the many negative side effects from the lockout. Jonathan Hubreau of the Florida Panthers has the stats to win, despite playing on a team that struggled with injuries and had not much talent around him. However, the choice should be Brendan Gallagher, who helped energize the Canadiens all season, as his 13 goals ranked second to Hubreau, despite being one of the smallest players in the league. Brendan Gallagher is the perfect pest that helps spark energy to the arena and a team during those February Nights when a team is struggling and with a goal or a hit on defense can spark his team to a comeback win. 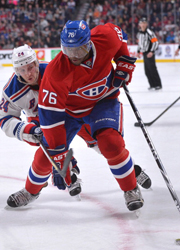 For several seasons people have predicted that one day P.K. Subban will be the best defenseman in the league. That finally came true in 2013 as the always physical Subban added some discipline to his game and helped the Canadiens rebound from one of their worst seasons to winning the Northeast Division, making it all the more that the Habs work out a long term deal with P.K. Subban as soon as possible. P.K. Subban finished tied among defensemen in points, with 38, scoring 11 goals. He tallied 49 blocked shot, 40 hits and 10 takeaways. However, perhaps the biggest impact P.K. Subban had on the game was on special teams, as he averaged 4:42 per game during the power play, with 26 points, ranking second in the NHL in both categories. In addition his +12 was second best among the top ten scoring defensemen. 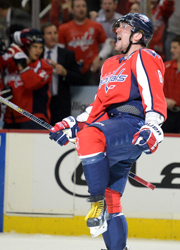 Early in the season the biggest question in the NHL was; what happened to Alex Ovechkin? The two time Hart Trophy winner appeared to have lost his touch, his aggressiveness and his confidence as the Capitals were floundering in last place in the Southeast Division. At the same time it appeared that the Hart was all Sidney Crosby, before he missed the final month with a broken jaw. At the same time, the Capitals were written off for the 2013 season, Ovechkin discovered his magic again, scoring 22 goals with 10 assists over the last 20 games, as the Capitals went from out of the playoff picture to winning the Southeast Division crown. After his slow start Alex, end the season as the top goal scorer in the NHL, with 32 winning his third Rocket Richard Trophy and he should take his third MVP award.

©MMXIII Tank Productions. These are not just mere prediction but whom I believe should win the said awards. Selected by Frank Fleming on April 29, 2013 at 11:40 pm ET